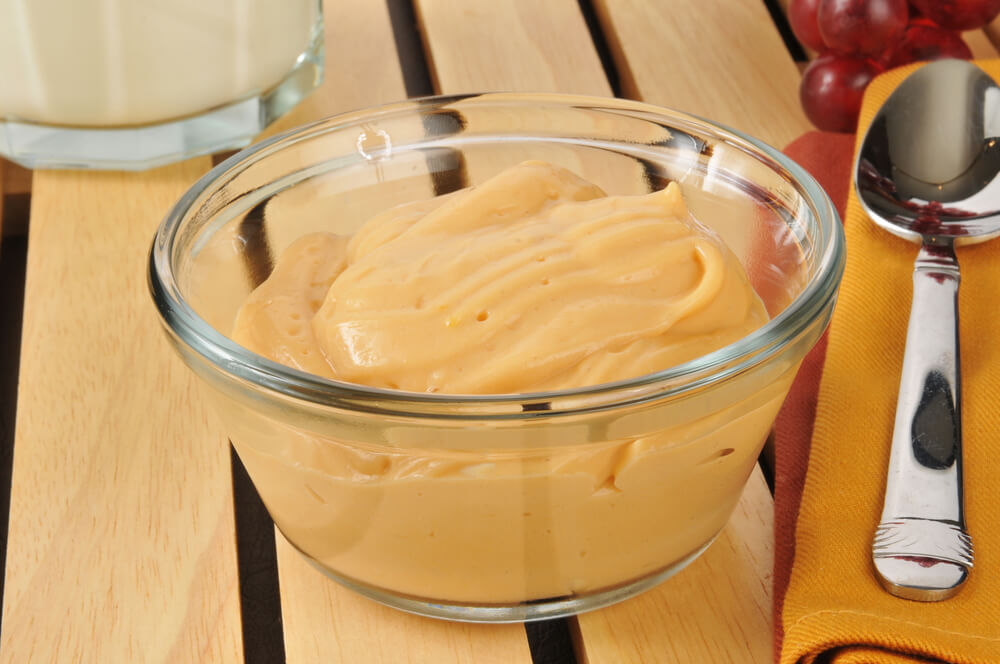 In the USA and other parts of North America, pudding is used to denote a sweet milky creamy dessert, instant custards or a mousse.

In the Commonwealth countries these foods are known as custards (or curds) if they are egg-thickened, blancmange if starch-thickened, and jelly if gelatin based. Pudding may also refer to other dishes such as bread pudding and rice pudding in North America. Although typically these names are derived from their origins as British dishes, and the British pudding gets its name from the French Boudin which basically is the ancestor of the famous Crème Brûlée. These also translate to other cultures like Firni which is Irani rice pudding and Kheer which is Indian by origin.

But today we will discuss the lesser known butterscotch pudding. For an ideal Butter scotch pudding you would be requiring these ingredients preferably organic and fresh.