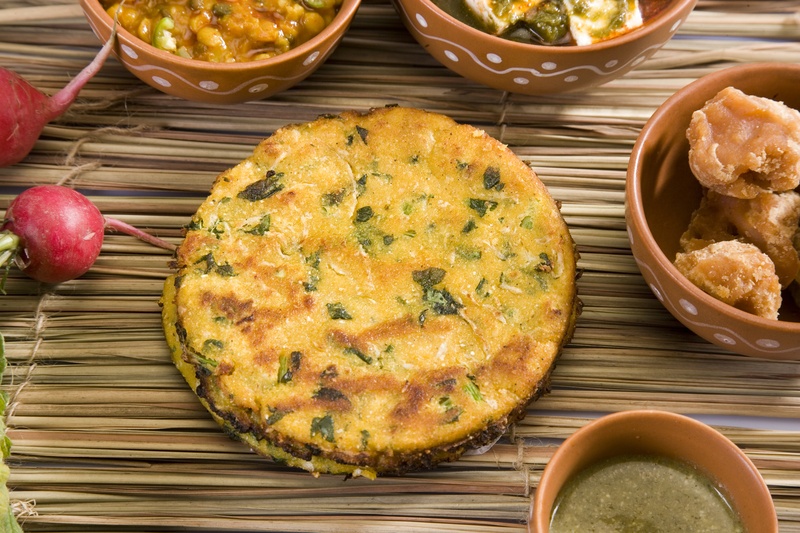 Makki ki roti is famous Punjabi flat bread made of maize flour (cornmeal) and thus the name makki ki roti. This roti is mostly served with sarson ka saag, but it can also be served for the breakfast with tea. Makki ki roti is traditionally made by pressing the dough ball again and again between the palms and then baking the flattened roti on a tawa. But this method is not easy and it won’t be possible for many, so in this recipe of makki ki roti we will make rotis by rolling them. This recipe stores well. You can store it in a hot case and eat later, and it will still taste as delicious as freshly prepared.