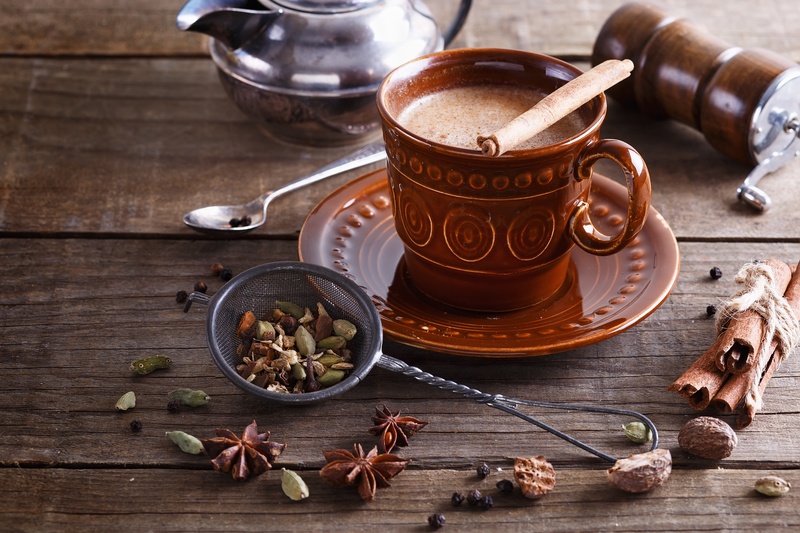 Masala is a blend of spices usually comprised of black pepper, ginger, cloves, ginger, cumin, nutmeg, coriander, green chilli, and cardamom. When blended into a paste it can be added to a curry or be used to marinate fish or meat.

Chai masala or tea is a blend of those spices mentioned above (about 75% of them) brewed in hot water with an addition of milk and sugar.

Essentially, it’s a seasoned beverage made by concocting black tea with a blend of aromatic herbs and spices of Indian origin. The masala chai, however, has severable variations (achieved by the variations of the ingredients) and is as such regarded as a class of tea.

Masala chai are sold in retail versions as instant powdered mixtures, concentrates, and tea bags that can be used to make the tea by infusion.

The ingredients of this tea such as ginger and cinnamon comprise phytochemicals and antioxidants which have properties that prevent cancer.

The chai masala relieves premenstrual stress, enhances metabolism, and eases digestion of food. The tea reduces bloating, prevents cold, and diabetes, and boosts energy as well. Pack some tea in a smart thermos from Vaya and have on the go!