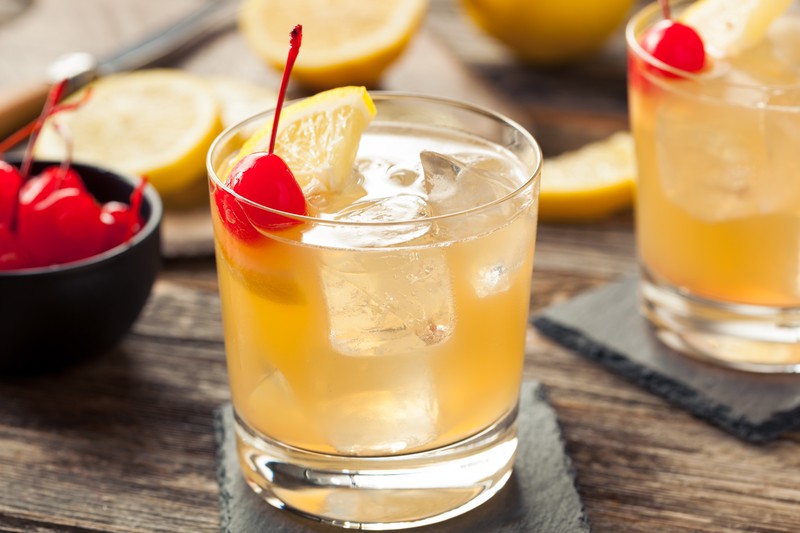 Classics are called thus for a reason; they allow for a perfect balance between timeless style and personal reinvention. Just like jazz music and the tango, whiskey souris a classic among cocktail enthusiasts and bartenders.

Whiskey sour is a cocktail made of whiskey, lemon juice and sugar and egg white. In good old days, whiskey sour was a part of Easter celebrations. Over time, bartenders improvised over of whiskey sourto produce other fantabulous versions of the cocktail.

This version of whiskey sour has a tint of pink/red floating over the top. Ingredients, such as grenadine, strawberry syrup, or glorious red wine to bring out the color. If you plan on using strawberry syrup, you might want to cut down a bit on the sugar syrup.

While most recipes for this cocktailincorporate the commercial, counterfeit, most commonly used version of Maraschino cherries (that glow with a garish bright red and taste horribly sweet), our recipe incorporates a better, if not the original, version of maraschino cherries. Beat the summer heat by packing your Whiskey Sour in a Vaya Drynk and enjoy the chilled Drynk on the go!