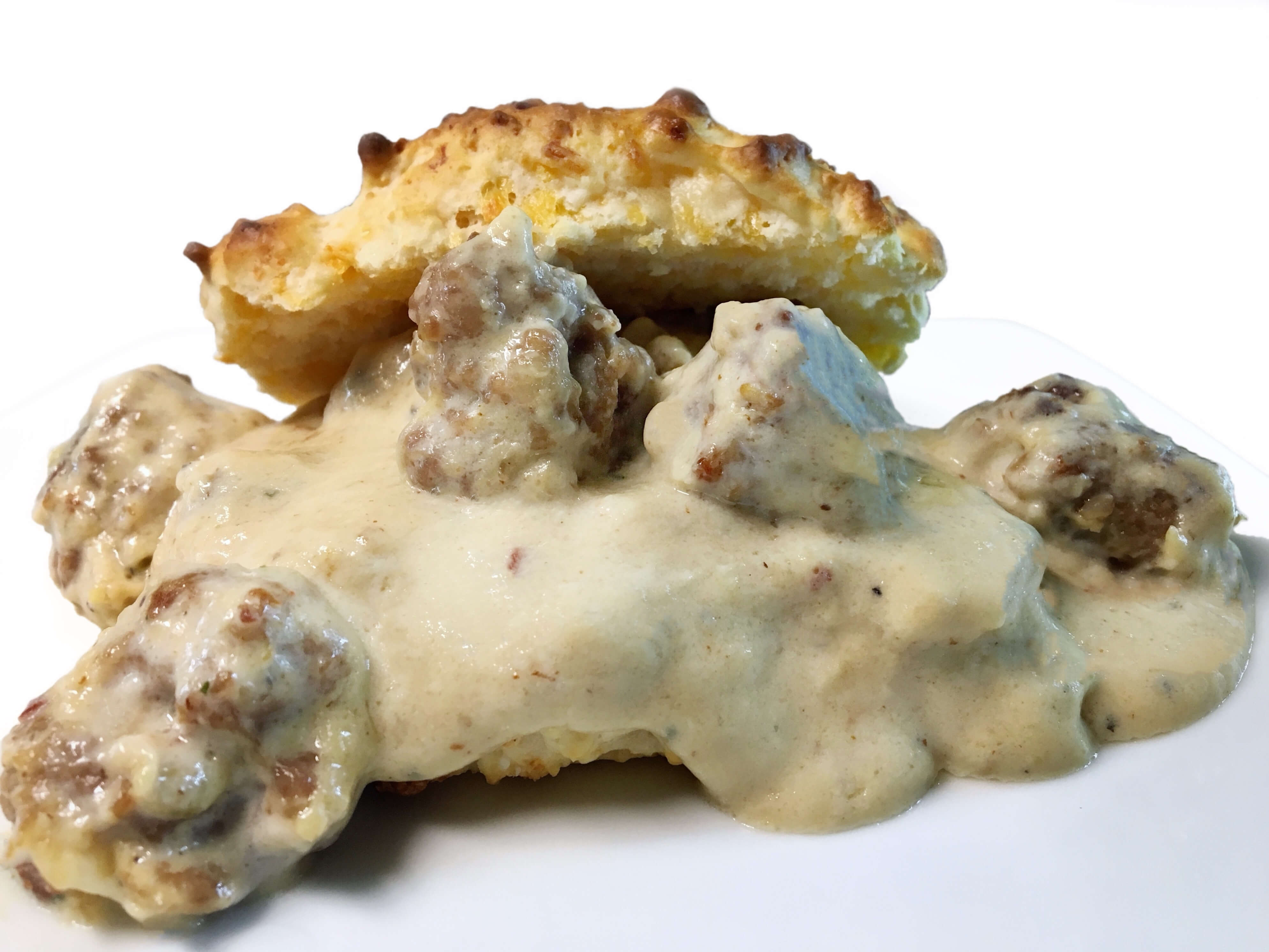 Many different cultures across the world have their own version of sausage gravy. Indeed, gravy flavoured with meat eaten alongside vegetables or rice is a classic dish cooked in many homes worldwide. The recipe here is for the classic sausage gravy dish made in the south of United States of America.

Historically, this dish came into prominence after the American Revolutionary War (1775–1783), when there was a massive food shortage in the south and people had to figure out a way to make do with the limited meat rations available at the time. Since then, sausage gravy eaten with freshly made biscuits remains a quintessential classic American breakfast.

But of course, meat gravy can be eaten at any time and with any kind of accompaniment that one would want. Southern sausage gravy is indeed one of the classic American comfort foods, which can never fail to impress a gathering of any age group and at any season.