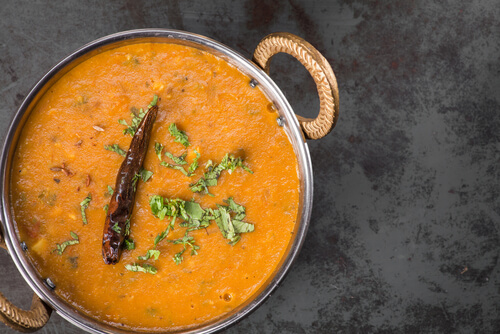 One of the oldest surviving regional cuisines in India is that of Karnataka. It has influenced the food habits of its neighboring states, as much as it has absorbed some features from them. It is a state that has a strong tradition of both vegetarian and non-vegetarian dishes using predominantly locally found ingredients like coconut, which is found in abundance. All forms of coconut including oil, milk, fresh and dried are put to rampant and excellent use in its cuisine. Mysore Chutney is a very popular condiment commonly prepared in most households of Karnataka. It is simple to prepare and it enhances the taste of dishes that it accompanies. It pairs well with homemade soft idlis and masala dosa.