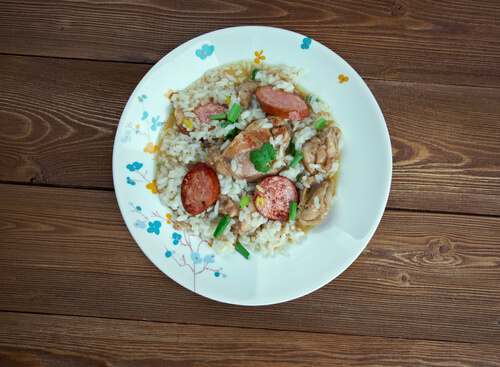 Chicken bog is basically a pilaf dish which is made of rice and chicken in its most basic form. Cooks often tend to pick the bones and other inedible parts out of the pot and discard them before adding the rice to the meat and other ingredients. However, some local cooks tend to leave it all in for the diners to pick out as they eat as it adds to the taste , similar to many Caribbean fowl and rice dishes. It is called Chicken “bog” because the chicken gets “bogged down” in the rice and piled up on.

Loris, South Carolina celebrates an annual festival called the “Loris Bog-Off”. Chicken bog is made different ways in different places, but it is perhaps found most often in the Pee Dee and the Southern regions of South Carolina.