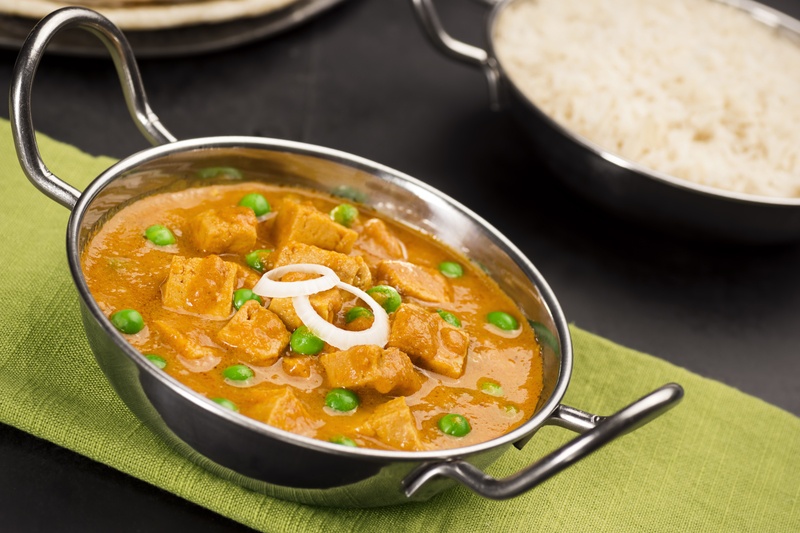 Mutter paneer is basically cooked peas and cottage cheese in spicy gravy. This dish belongs to Indian vegetarian cuisine. It is usually served with rice and Indian breads.

Paneer is a cheese-variety native to India. While most continental cheeses contain egg, paneer caters to vegetarians, who make-up 40% of the Indian population.

Unlike most cheeses, which are used as toppings or filling, paneer is used as a main ingredient in mutter paneer. However, paneer is extremely versatile and can be used in various forms—filling in wraps and dumplings, pizza toppings, and in minced form to make paneer bhurji. This Mutter Paneer recipe tastes great with rice or roti, and the combination makes a great meal for lunch! Make sure you pack the meal in an insulated tiffin box so you can enjoy it warm later.

Paneer is extracted from milk and contains glorious quantities of casein—a protein found in milk. It is a low-fat ingredient and works well with people on strict diet plans. Apart from the commonly-known vitamins and mineral, green peas contains rare minerals, such as choline, molybdenum, niacin, zinc, potassium and manganese, to name a few.