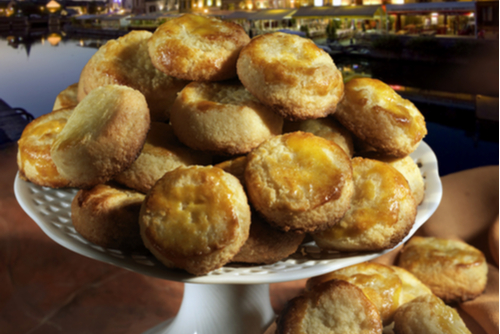 Macaron d’Amiens was invented in France centuries ago, but it wasn’t until the 20th century that it became such a double-decker affair.

Although it is commonly served as double cookie, originally it was served as a single cookie. Do you know that many towns in France still sell the yummy macarons in their original single layer self?

There are plenty of reasons behind the popularity of macarons d’Amein. Part of the reason is that the macarons offer such classic rich and creamy flavors that they instantly become everybody’s favorite.

Secondly, there is nothing quite as fulfilling and satisfying as the colorful and highly appealing – macrons d’Ameins – and that’s why everybody loves to eat this pretty dessert.

Macaron d’Amiens is packed with calories and fats so try not to eat too many of these!