How is Greek Yogurt Different From Regular Yogurt? Which is the Healthier Choice? 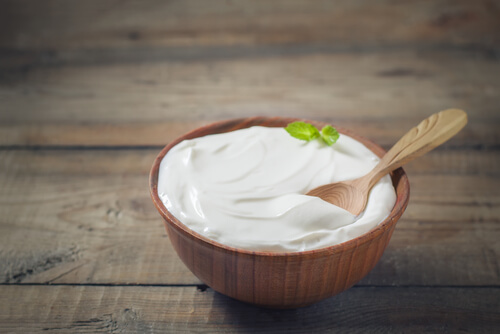 You might have been noticing that Greek yogurt is more and more popular lately. It might be only a matter of time before you see more Greek yogurt on store shelves than plain yogurt. It turns out there are good reasons for that. Read on to find out why.

Greek yogurt is strained differently than regular yogurt; specifically, it is strained in a way that removes the whey. Whey is the watery milk component that you typically find sitting on the surface of plain yogurt. Removing the whey makes Greek yogurt denser.

One of the aspects of Greek yogurt that makes it such a prized health food is the fact that it has a prodigious protein content. It has way more than plain yogurt. Just 6 oz of Greek yogurt has the protein equivalent of 3 oz of lean meat – this makes it a great non meat protein source. The extra protein also makes Greek yogurt a great food for achieving satiety, meaning it will keep you fuller longer.

Greek yogurt has less sugar and carbohydrates than regular yogurt.

Greek yogurt also has significantly less sugar and carbs than plain yogurt. This is in large part due to the whey straining process. The lack of carbohydrates and sugar makes eating Greek yogurt good for your weight. Plain yogurt has twice the amount of carbs as

Greek yogurt has more saturated fat than plain yogurt. It typically has up to three times as much fat as plain yogurt. This isn’t necessarily a bad thing, because saturated fat has recently been argued to be a vital part of a healthy diet. It’s rather complicated, but suffice it to say, saturated fat is a good source of energy and has some actual health benefits. That being said, you want to consume it in moderation.