Drinking Orange Juice Reduces the Risk of Dementia – Here’s What You need to Know! 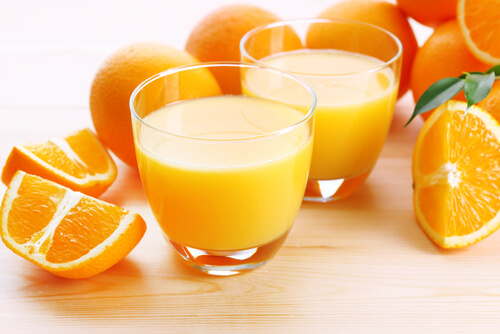 A new study heavily suggests that there is a correlation between drinking a daily glass of orange juice and reducing the risk of developing dementia. Dementia, also known as Alzheimer’s disease is a devastating and scary illness that typically affects people later in life. An estimated 46.8 million people globally had dementia in 2015. Some researchers believe this number will increase to 131.5 million people by 2050. So, it is more important than ever to begin securing your brain against the onset of dementia now.

Effect of One Serving of Orange Juice – The study was published in the research journal, Neurology. It collected data on approximately 28,000 men from the United States, tracking their fruit and vegetable consumption between 1986 and 2002. The researchers collected data on the subjects’ cognitive function and compared the functions to their fruit and vegetable consumption. The study determined that men who drank just a small glass of orange juice every day reduced their likeliness of developing poor cognitive and thinking skills by 47% compared to those who drank less than one serving per month.

Orange Juice and Memory Functionality – The study also found that men who ate vegetables were also less likely to suffer a reduction in memory functionality – up to 34%. These fantastic results have everything to do with the fact that fruits and veggies are filled with essential vitamins, nutrients, and antioxidants that have a powerful impact on protecting the brain. While the exact vitamins and nutrients inside orange juice and other vegetables that prevent diabetes aren’t known yet, researchers expect vitamin C and flavonoids specifically may be the real heroes here. Vitamin C has been shown to dissolve toxic protein aggregates that can build up in the brain and cause dementia. So, a glass of orange juice can literally save your mind.