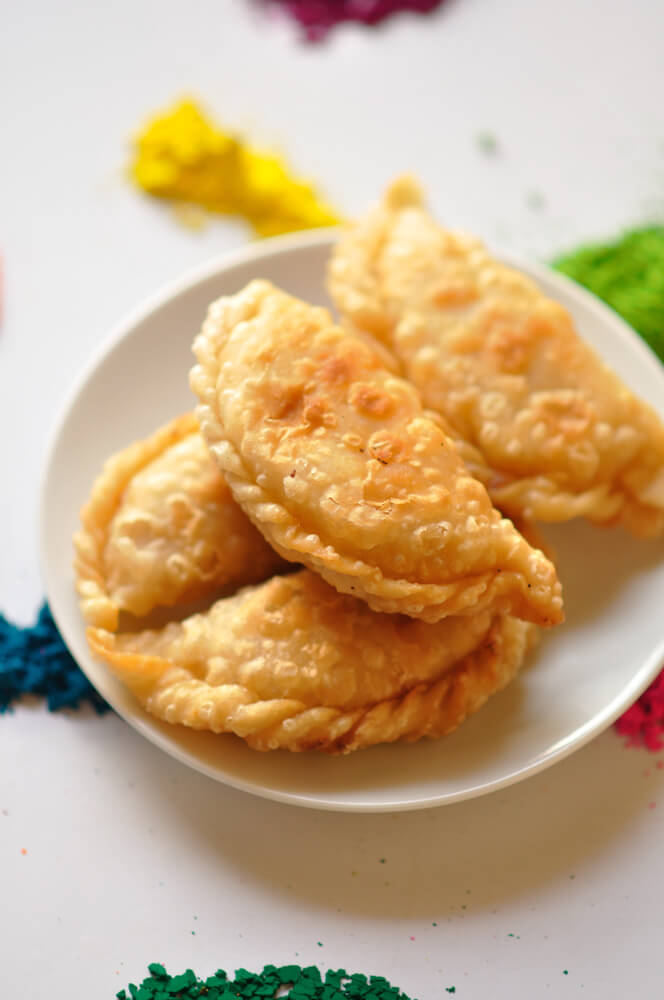 Peanut gujia is another variation of your traditional gujia, a dumpling that is popular across the Indian subcontinent. Unlike a lot of dumplings which are savory, gujias are sweet. Traditionally, the base of gujia is is maida and khoya (sweetened evaporated milk). Peanut gujia uses calls for peanuts and coconut instead of the traditional gujia elements.

This Peanut Gujia recipe stores well. You can store it in a storage container and eat later, and it will still taste as delicious as freshly prepared.

Peanuts in general are a very utilitarian legume; you can make paper, soap, cooking oil, and many other things from peanuts. When consumed as food, the niacin content helps develop memory. Peanuts also contain a fair amount of amino acids like tryptophan, which helps alter your mood by enabling the release of serotonin. And of course, peanuts are a great source of protein, which helps with cell and muscle development.