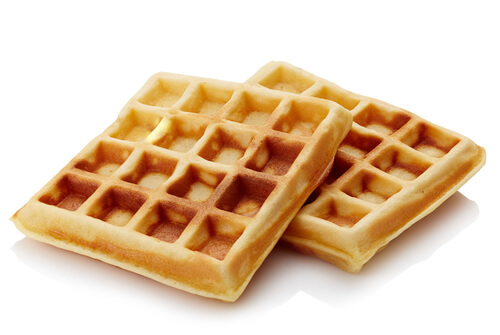 Waffles are the sort of dish that can be prepared, eaten and enjoyed in almost any setting. They make up as a great item during gourmet events, while they can simultaneously be enjoyed by someone at home alone during the weekend. One of the reasons why it has gained so much popularity over the years is because of how simplistic it is and yet its flavors would make you feel that a great deal of effort when into its preparation.

Waffles are eaten all across the world, most notably in Europe and the United States. This is one of the primary reasons why each region has developed its own rendition of this popular dish over time. It is also why you can find such stark contrast in the texture and the preparation process for waffles in Belgium versus that in the United States.

On rendition stands out among all others, which is the French one. Even in France there’s a wide variety of waffles to choose from. However, the top of the list is always “Gaufres du Nord-Pas-de-Calais”, a staple dish from the north of the country.

Using egg whites instead of whole eggs can reduce the fat, cholesterol and caloric value of the item.