Is Coconut Oil Good for You? – Truth and Myth You Need to Know 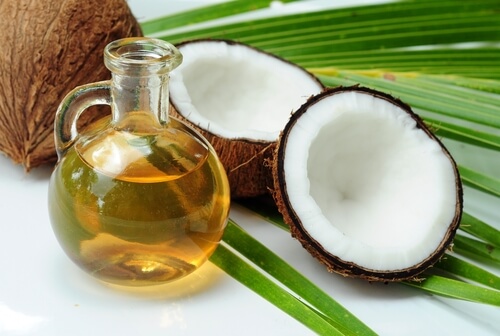 Coconut oil has been at the center of controversy for quite some time now. Some people say it’s the greatest thing since olive oil, claiming that its high in the right kinds of fat and MCTs (medium chain triglycerides). These people say it can increase your heart health and help you lose weight, while other people say it is literally poison. When health experts cannot agree on something, how can we expect the common man to come to a consensus.

Recently, a Harvard professor has gone after coconut oil’s reputation referring to it as “pure poison” and that it has no actual proven health benefits. According to this professor, coconut oil’s power as a health agent belongs firmly in the world of fiction and folk wisdom. But how do we know it’s true?

What is coconut oil?

Essentially, coconut oil is the oil that is extracted from the flesh of the coconut. It contains the nutrients and fats found in coconut flesh. This includes the fats known as MCTs. These medium chain triglycerides are metabolized in a different way than other fats. Coconut oil is primarily utilized as a skin care product or as a cooking oil for high heat cooking procedures, like popping popcorn, baking, stir fry, etc.

Does coconut oil have any proven health benefits?

Like we’ve said earlier, experts cannot agree on the effectiveness of coconut oil. Some have said that it can boost your body’s ability to burn fat and grant you quick energy. This is primarily due to a study that showed a correlation between women eating coconut oil and losing belly fat over a 12-week period.

Coconut oil also has MCTs, which are quickly absorbed into the body and converted into energy. This has been shown to increase the production of hormones that regulate hunger, and can help you feel satiated longer. This will ideally reduce your snacking and over eating.

Is Coconut Oil Bad for You Though?

At the end of the day it is most likely not bad for you, but it is probably not as healthy as people have claimed either. Any benefits coconut oil can offer can be met by olive oil. Olive oil is similar to coconut oil without the saturated fat content that researchers claim make coconut oil bad. Saturated fat has been connected to the increase in LDL cholesterol, the bad kind of cholesterol. The big problem with coconut oil is not a lot of research has been done into it, so most of the thoughts on coconut oil are firmly in the realm of speculation at this point in time. If you consume it in moderation, it will probably do good than bad for you. So, enjoy your coconut oil.