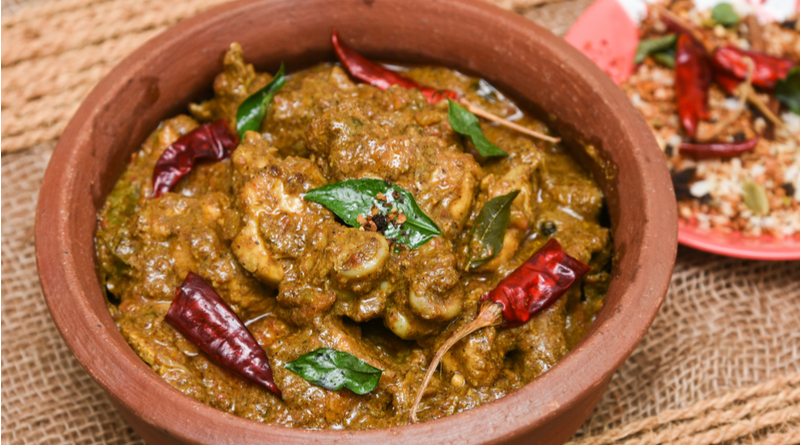 There are so many reasons to get into South Indian Cuisine, but the best one is definitely the flavor. South Indian cuisine is jam packed with spices, masalas, chutneys, and just about all the most iconic Indian flavors. The food of South India comes from five different states and four different regions. The states are Andhra Pradesh, Tamil Nadu, Karnataka, Telangana, and Kerala. The regions are the Nicobar Islands, Andaman Islands, Pondicherry, and Lakshadweep.

Each state and region have its own unique cuisine culture, that makes it a special place to eat. While the dishes have subtle differences between them as far as food and spices go, the largest difference is between how hot the food is. Just about all Southern Indian food has heat, but some has more than others. It’s important to get to know which is which. Thankfully, the best way to do this is to eat more South Indian cuisine. Below are four great non-vegetarian recipes to get you started on your journey.

Fish molee is a spicy dish made from coconut and spicy fish. It is most likely a fusion between Portuguese and Indian cuisine. It is considered to be a Kerala recipe, but it is not as spicy as traditional Kerala recipes. This lets the fish’s natural flavor actually standout in the stew as opposed to other Kerala recipes. This dish comes in a range of different variations as it has spread throughout South East Asia.

This chicken Chettinad is a chicken dish that is quite flavorful as it follows the Chettinad cook tradition. The Chettinad region has been home to spice and salt traders; this tradition of spice trading is reflected in Chettinad cuisine which is defined by its use of fresh ground masalas and spices. Chettiars, the people of Chettinad, also utilize salted vegetables and a lot of sun-dried meats. The dishes are typically eaten with rice.

Aila curry, also known as mackerel fish curry is another amazing dish from the Kerala region. It is actually rather unique in that it tastes the best when it is eaten the day after it was cooked. The fish is actually cooked in a clay pot using a slow cooking method. This method helps the fish absorb all the flavor and taste so wonderful. Finally, the aila curry has dried Kudampuli (gambooge) which makes for the best blend of sourness and spice.