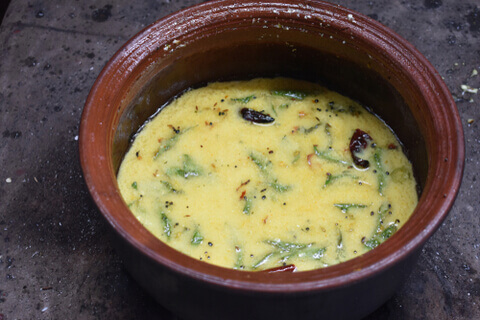 If you have not heard of coconut milk rasam before, then you probably just are not familiar with rasam at all. Rasam is normally prepared using tamarind juice as a base alongside tomato, and various spices. This coconut milk rasam has all of that, except it also incorporates coconut milk into the base, making the rasam a bit creamier than normal. It may take a little bit of extra time to prepare than your typical rasam, but the end result is worth it.

Coconut milk has been on the rise lately in health and wellness circles. It has been touted as a top tier substitute for milk and other milk substitutes thanks to its health benefits. Drinking coconut milk has been shown to reduce inflammation, decrease the size of stomach ulcers, and fight off viruses and bacteria that can make people ill. But coconut milk is most prized for its ability to keep people hydrated thanks to its electrolyte content.